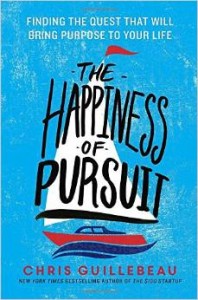 After reading the book The Happiness of Pursuit by Chris Guillebeau I have decided to start a quest.  Chris’s quest was visiting every country in the world, which took over 10 years and alot of planning.  What is a quest?  It basically is to search for something or to achieve a goal.  Famous quests include the search for the Holy Grail by King Arthur, Odysseus’s quest in The Odyssey, Dorothy in The Wizard of Oz, Siddhartha’s quest for enlightenment in Herman Hesse’s novel, and Don Quixote’s quest for adventure.

“Life is either a daring adventure, or nothing.” Helen Keller

So, what am I going to do?  I am going to alphabetically read my way across the United States, finding an author in each state to read.  Also I’m going to read a little about each state.  I plan on reading a minimum of one book a month as part of my quest. One of the rules of MY quest, I will not re-read anything I have read in the past ten years.

I have another idea for a quest to pursue beginning in 2015. It involves walking where I live – and I’ll share it later.

So, I’m starting with Alabama. Because of the rules I’ve set, the first book will NOT be To Kill a Mockingbird. (I named a dog Scout and adopted one named Atticus).  However, I did find an essay written by Mark Childress (who is from Monroeville Al. also Harper Lee’s hometown). Because the character Dill in To Kill a Mockingbird is based on Harper Lee’s childhood friend Truman Capote, I’m leaning in this direction. (It won’t be In Cold Blood – I’ve read it in the past 10 years!)

So, expect a post in the near future about Sweet Home Alabama!

Have you done a quest or do you plan a quest in the future?  Share it!

“Not all those who wander are lost.” JRR Tolkien

“Everyhing you possess of skill, and wealth, and handicraft, wasn’t it first merely a thought and a quest?” Rumi

“Say it, reader. Say the word ‘ quest’ out loud. It is an extraordinary word, isn’t it? So small and yet so full of wonder, so full of hope.” Kate DiCamillo

“Funny how ‘question’ contains the word ‘quest’ inside it, as though any small question asked is a journey through briars.” Catherynne M. Valente

“Without a quest, there is no epiphany.” Constantine E. Scaros

16 thoughts on “I AM DECLARING A QUEST!”