I declared a quest several month back – I am reading a book by an author from each state – alphabetically of course  (you can read about my quest here).  For my selection from California, I chose John Steinbeck;  the book – Travels with Charley In Search for America.

In 1960, at the age of 58, John Steinbeck bought a truck, modified it with a camper, and drove across the United States with his  10 year old “blue” standard poodle Charley. He named the truck Rocinante, Don Quixote’s horse. According to his son, Steinbeck wanted to know what Americans were like, after all, he’d been writing about America for decades.

Starting off in Long Island, he travels up to Maine and then over to the Pacific Northwest, down into his native Salinas Valley in California, over to Texas, to New Orleans and back, covering nearly 10,000 miles. In a 50th anniversary of the book, the introduction stated:

“it would be a mistake to take this travelogue too literally, as Steinbeck was at heart a novelist.” 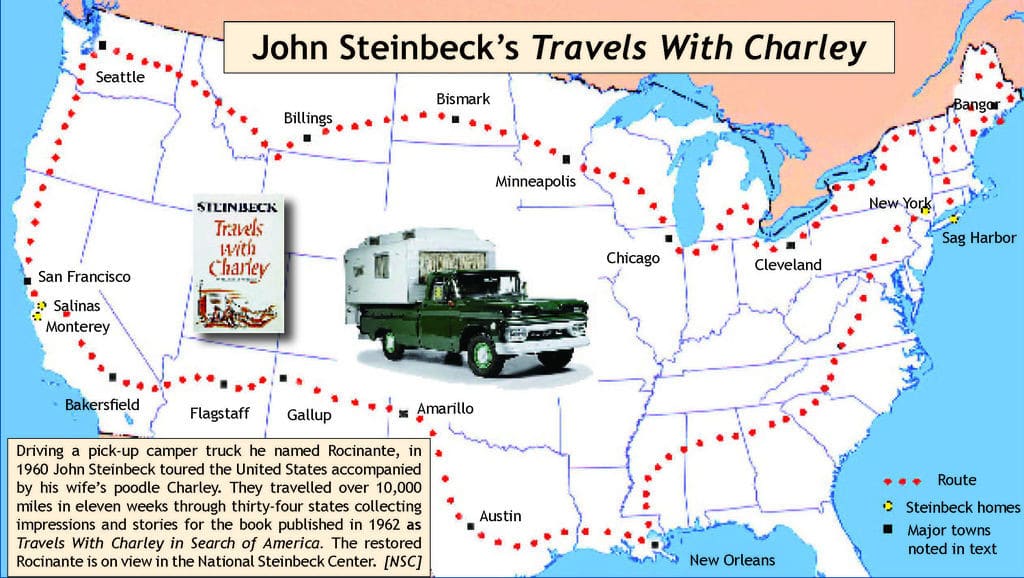 I don’t want to recount his entire journey, I want you to discover it yourself.  At times it is comical, as when he tried to pass into Canada and couldn’t because Charley didn’t have the proper identification.

Steinbeck made it clear he found wastefulness and technology pervasive in America. He developed a fascination with mobile homes, which allowed American’s to pick up and leave. And, he felt the government made the “people” feel small, the government just didn’t care.

Here are some quick facts about John Steinbeck:

Here are some quotes from Travels with Charley: 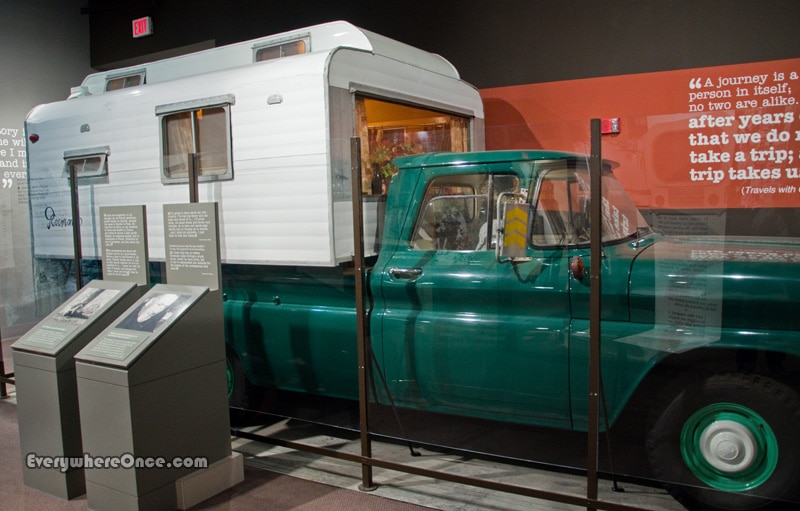 There has been much written about the book being primarily fiction, but I didn’t care. I didn’t care that he only apparently spent a handful of nights in his truck, that his wife met him along the way several times  – I just didn’t care. I still enjoyed reading it.

Oh – I admit it – I had to make sure Charley made it through the book prior to reading it. I enjoyed it so much, I now have Cannery Row sitting in my stack to read!

Just so you know- Salinas, California, Steinbeck’s birthplace is known at the “Salad Bowl of the World” – over 30% of all the lettuce in the world is grown there. Throw that little tidbit out at your next cocktail party!

Now, on to Colorado!