March reading was a mixed bag – I read a couple of children’s books, an early novel by a favorite author, what I thought would be historical fiction – and more.  Here goes! 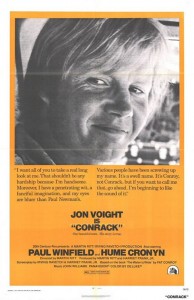 The Water is Wide became the movie Conrack

The Water is Wide, by Pat Conroy: Pat Conroy is one of my favorite writers writing today. This is based on his year on Daufuskie Island, South Carolina (called Yamacraw in the book). The year is 1969, Conroy (called Conrack by his students) is a teacher that wants to make a difference.  He arrives on Yammacraw Island by boat (there are no bridges, in fact, there is little infrastructure throughout the island). Even though the island is less than two miles off the coast of South Carolina, the students know next to nothing about the world beyond. They don’t know who the president is, or even what country they live in, many can’t read of write, and even though they are on an island, none of them can swim. So, Conroy has his work cut out for him, but he has one obstacle after another with the other teacher, the school board and often the parents of the children. However, many of the stories are humorous and heartwarming – you root for these kids!  This is Conroy’s 2nd book (he self-published his first), and you can see the writer he will become!  Oh, it should be noted, the book really shows the inequalities in our educational system here in America. Note – it was made into the movie Conrack in 1974.

But Enough About Me, A Jersey Girl’s Unlikely Adventures Among the Absurdly Famous by Jancee Dunn: Another free download on Kindle, this is the true story of Jancee Dunn.  And – I have to say – this book is funny!   Growing up in the 80’s in New Jersey, she has the over-permed, over-sprayed hair, tanning with baby-oil on the beach. But a chance encounter leads her to a job at Rolling Stone Magazine.  Switching between her family and her life at the magazine, and later as a V-jay on MTV and a contributor on Good Morning America, it keeps us entertained. (Her father almost worships J.C. Penney – the man and the store). Hiking with Brad Pitt,  Ben Affleck shows her what is it like to be chased by papparrazzi, eating Velveeta from Dolly Parton, making peanut butter fudge with Loretta Lynn – it surprisingly is a good and funny read!

Mr. Churchill’s Secretary by Susan Elia MacNeal: I thought this was historical fiction when I picked it up – and while there are historical elements to the book, it is a mystery. Maggie Hope is brought up by an aunt in the U.S. after the death of her parents in an automobile accident in England. When her English grandmother dies, she travels to London. The year is 1940. Maggie graduated at the top of her class in mathematics, but her skills are in codebreaking. However, she is relegated to being a typist at N. 10 Downing Street (the residence of the Prime Minister). When she goes to place flowers on her parents graves, she discovers there is only her mother’s grave. Is her father still alive? Fun read!

The Circular Staircase by Mary Roberts Rinehart: This gothic mystery was written in 1907.  Mary Roberts Rinehart’s work was dismissed by critics throughout her life (1876-1957) as low-brow. But, she had a long profitable career. The story follows a wealthy spinster, Mrs. Innes as she rents a house for the summer in the country, her niece and a nephew follow. But, of course, after a couple of days there is a murder in the house, and there is alot of running around.  It was a fun read, but I got some of the characters confused at times! 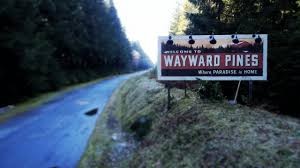 Pines by Blake Crouch: This is the first book of the Wayward Pines trilogy, soon to be Fox television series starring Matt Dillon.  It begins with a secret service agency waking up on a river bank with no identification and very little memory. Of course, Wayward Pines is the perfect bucolic town. He ends up back in the hospital and remembers he was sent there to investigate the disappearance of two other secret service agents and has a wreck upon arriving in Wayward Pines. So- begins the mystery. Think of Twin Peaks meets Lost, with a timeline that doesn’t make sense (it will eventually), and even some mutants. The residents of the town are – – – – well, are they prisoners? Can they get out?

From The Mixed Up Files of Mrs. Basil E. Frankweiler by E.L. Konigsberg: Honestly, this was such a fun read, and I can’t believe I never read this as a kid!  Almost twelve-year old Claudia is fed up with her suburban life, so she decides to run away from home. Taking her younger brother with her, off they go to  New York City and take up residence at the Metropolitan Museum of Art.  Claudia becomes intrigued with a mystery of a marble statue the museum purchased for only $250 – it is the product of Michelangelo?  Now- the Met has changed alot since this was written (it takes place in 1967), it is no longer free to get in to start with. The staff still get alot of questions about the book, in fact, there is a special issue of MUSEUM KIDS that is devoted to the book.  The movie shown above was a made for tv movie filmed in 1973. There was a big-screen adaptation in 1973 starring Ingrid Bergman – this was the first time the museum closed to accomodate filming! If you are going to a museum with a kid, have them read this book prior to going! And, I bet you think differently of museums after reading this! 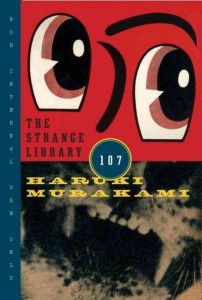 Cover of The Strange Library by Murakami

The Strange Library by Haruki Murakami: This 96 page book is delightfully strange. It arrived shrink-wrapped – you have to flip the cover up to get to the book itself. The graphics are  designed by Chip Kidd, who apparently has collaborated with Murakami before. I don’t recommend listening to this book, or reading it as an Ebook! The story is about a boy imprisoned in a library, complete with winding halls, hidden rooms, a girl that slips in an out of the bars (yes, the boy is in a jail cell reading about tax collecting in the Ottoman empire), while a man dressed like a sheep keeps guard. This book may get it’s own blog post at a later date!

Paint Me Gone by Molly Green: free download and first book in the Gen Delacourt series. After a painting is found in a thrift store that apparently has the image of a woman missing for 20 years, Gen and her cross dressing friend take on the case. It can be read in an afternoon – and it enjoyable light reading.

So – that’s it for March! Let me know your thoughts!

17 thoughts on “A FAVORITE AUTHOR, FAIRY TALES AND MORE”