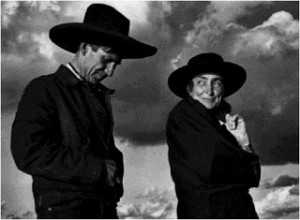 Georgia O’Keefe was a real pioneer, an artist ahead of her time.  Here as some fun facts about her: 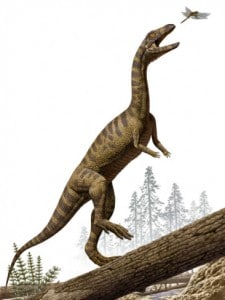 Here are some Georgia O’Keefe quotes.

“I found I could say things with color and shapes that I couldn’t say any other way – things I had no words for.”

“I’ve been absolutely terrified every moment of my life – I’ve never let it keep me from doing a single thing I wanted to do.”

“Singing has always seemed to me the most perfect means of expression. It is so spontaneous. And after singing, I think the violin. Since I cannot sing, I paint. ”

“I hate flowers – I paint them because they’re cheaper than models and they don’t move.”

“I have things in my head that are not like what anyone has taught me – shapes and ideas so near to me – so natural to my way of being and thinking that it hasn’t occurred to me to put them down. ”

“It was in the 1920s, when nobody had time to reflect, that I saw a still-life painting with a flower that was perfectly exquisite, but so small you really could not appreciate it.”

“Sun-bleached bones were most wonderful against the blue – that blue that will always be there as it is now after all man’s destruction is finished. ”

“You get whatever accomplishment you are willing to declare.”

“I believe I would rather have Stieglitz like something – anything I had done – than anyone else I know.”

“I had to create an equivalent for what I felt about what I was looking at – not copy it.”

“I know now that most people are so closely concerned with themselves that they are not aware of their own individuality, I can see myself, and it has helped me to say what I want to say in paint.”

“I often painted fragments of things because it seemed to make my statement as well as or better than the whole could.”

Do you have a favorite Georgia O’Keefe painting?  Finding out these few facts about her made me curious, I’m going to read her biography next