My reading has been a mixed bag – but that’s okay, I was still entertained. A total of twelve book and I added something new to recommend this month.

NAKED ON THE BENCH – MY ADVENTURES IN PIANOLAND – by Robin Spielberg – A very engaging memoir, written in an easy to read style.  As a pianist, I could relate to many of Robin’s stories, but you don’t need to know the techniques of music to enjoy them. I laughed out loud and even shed a few tears. When she decided to pursue life at the keyboard instead of acting, she made a list of what she wanted to achieve, and achieve she did!  This included playing at Carnegie Hall, which is not as hard as we have been led to believe! (Plus – I love the cover art!) 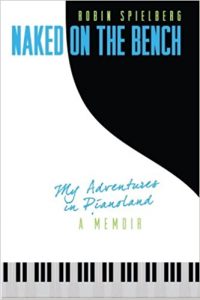 THE ONE AND ONLY IVAN by Katherine Applegate –  When I started seeing advertisements for the new Disney movie of the same name, I was glad I kept this book. This is the story that most Atlantan’s know – Ivan, the gorilla – spent his first 27 years in a shopping mall in Washington State, was rescued and came to live at the Atlanta Zoo. This is told through his eyes, it is a story of friendship, hope and art. Oh yeah, Ivan paints (not just in the book, but prints of his paintings were sold at The Atlanta Zoo.

THE ONE AND ONLY IVAN – DRAW ME A STORY by Beth Ferry – I purchased this for my 16 month old grand-niece, so she would know the story of Ivan – but I couldn’t resist the urge to read it myself.  Both of us enjoyed it!

THE BOOKWOMAN OF TROUBLESOME CREEK by Kim Michele Richardson – Based on a time during the Depression when women were hired to deliver books and other reading material to the people in Appalachia. I fell in love with the main character, Cussie,  one of the “blue” people of Kentucky. I consider historical fiction a success if I yearn to learn more, and learn more I did. I looked up the Bookwomen (which I’d never heard of) and I looked up the Blue People (which I had heard of – but was only vaguely aware of them).

THE FOREVER WISH OF MIDDY SWEET by Terry Kay – One of my favorite authors – this did not disappoint. He spoke at my bookclub several years back and said he didn’t know if he had any stories left. Thankfully he did. The tale of young love, rekindled 50 years later, and the ever present question “What if?”.

THE ORDER by Daniel Silva – This is the 20th Gabriel Allon novel, a world famous art restorer by day and an Israeli spy by night and this book involves the possible murder of the pope. What more could you ask for?

WE ARE ALL GOOD PEOPLE HERE by Susan Rebecca White – This was a book club read. Set in Atlanta beginning in 1962, it follows the friendship of two women. I found this book uneven at times, and the author spent so much time with the restaurants and the stores in Atlanta during this time, it was distracting and the timeline was often wrong!

THE MEMBER OF THE WEDDING by Carson McCullers – I found this tattered book in a Little Free Library. I had never read it and I’m glad I can add it to the list of classics I am finally getting around to!

THE POWER OF NICE by Linda Kaplan Thaler and Robin Koval – Another find in a Little Free Library. It is a very small book, and using real life examples it proves that nice people often finish first.

HARRIET TUBMAN – ANTI-SLAVERY ACTIVIST by M.W. Taylor – Yet another Little Free Library find!  A Young Adult book with a forward by Coretta Scott King it is part of the series: BLACK AMERICANS OF ACHIEVEMENT. I wish I could find more of these books, especially if they are all this engaging.

AMERICAN PRINCESS by Stephanie Marie Thornton – Alice Roosevelt, Teddy’s daughter was a BADDASS!!! She kept a pillow on her sofa with the quote “If you don’t have anything nice to say about someone, come sit by me”.  When asked about his daughter, Teddy responded “I can do one of two things. I can be President of the United States or I can control Alice Roosevelt. I cannot possibly do both”.  I really enjoyed this book, but it made me thirst for more non-fiction about her.  Did you know the color “Alice Blue” was her signature and became a fashion sensation.

AMERICAN DIRT – by Jeannine Cummins – I know there has been some controversy surrounding this book, but I agree with Stephen King “I defy anyone to read the first seven pages of this book and not finish it”. I could not put it down and I was constantly surprised. It is the story of a Mexican woman and her son who find themselves leaving a comfortable life and becoming a migrant and her journey to the United States. I was so emotionally involved, I couldn’t read the last chapter for days – I was so afraid for the characters!

MY VIDEO RECOMMENDATION THAT EVERYONE SHOULD WATCH:  In fact, it inspired me to pull another book of the shelf to reread – details to come in the next issue. 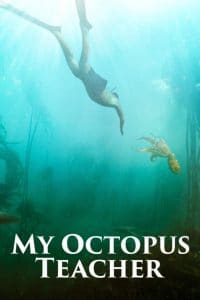 What have you been reading? Anything that sucked you in? I always like recommendations