FOUND IN MY LIBRARY BOOK – Handwritten:

“Dear Viewer”  If you are reading this, I am dead. There is a Great War coming. You may have a few years until your planet is rubble. I estimate 163 years.”

This wasn’t even in a controversial book!

In January and February, I finished 18 books!  However, three of the books I read were not only rereads, but were easily read in one afternoon.  AND all three of them are “banned books”. 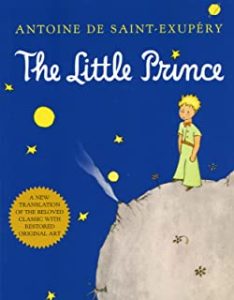 MAUS I and II – by Art Spiegelman

THE BOOKS I WOULD RECOMMEND:

My Monticello by Jocelyn Nicole Johnson –  The book opens with several short stories that culminate in the novella MY MONTICELLO. Set in possibly the all too near future the characters are fleeing violent white supremacists from Charlottesville. Led by Da’Naisha who is a young Black descendant of Thomas Jefferson and Sally Hemmings. So, of course, they end up at Monticello.  This book popped up on several the best books of 2021 lists (most notably Obama’s and NPR’s). For me, once I got into the rhythm of the stories, I was hooked!

The Violin Conspiracy by Brendon Slocumb  – I couldn’t have said it better than the review below by the Washington Post.

“When I opened Brendan Slocumb’s debut novel, The Violin Conspiracy, I was immediately transported to a place I’d never been, surrounded by characters I’d never met. In the crowded world of fiction, that’s no small accomplishment. . . . Slocumb has orchestrated an engaging and suspenseful story about an aspiring musician and his great-great-grandfather’s violin. . . . The Violin Conspiracy is so wonderfully written, especially its descriptions of music, that at times I questioned whether I was reading or listening to a concert. “

AMERICAN  DIRT by Jeanine Cummins –  Lydia and her eight-year old son become instant migrants when a tell-all story her journalist husband writes about the head of a local drug cartel is published. When her entire family is murdered at a quinceanera, she and her son begin riding the trains that slowly make their way north to the United States joining countless people on the same journey for different reasons. Yes, there has been alot of controversy stirred up about this book, but it made for a very spirited discussion in one of my book clubs. We unanimously agreed it is a book that people should read.

THE MIDNIGHT LIBRARY by Matt Haig – I don’t want to give too much away, but I will say this book is both whimsical and magical. When Nora gives up (her cat has died, she has lost her job and more) and take some pills, she finds herself in a library at midnight. And – it’s not just any library – it’s her library. It’s a perfect pandemic read and shows the reader that the little things in life are important too, and it is important to learn to love yourself as you are.

WISH YOU WERE HERE by Jodi Picoult – If you are a fan of Jodi Picoult, this book is for you. Diana is an art associate at Sotheby’s planning a trip to the Galapagos with her boyfriend, a doctor. When the pandemic hits, Diana goes on the trip alone. Her luggage is lost, there is little internet and the hotels are shut down. Going out of her comfort zone, she connects with a local family and rediscovers her artistic side. But – there is an unexpected twist you probably won’t see coming. You may find it enchanting, or you may feel cheated.

IT WAS BOUND TO HAPPEN BOOK

A SMUGGLERS GUIDE TO GOOD MANNERS: A TRUE STORY OF TERRIFYING SEAS, DOUBLE-DEALING AND LOVE ACROSS THREE OCEANS by Kenny Ranen – You see, I know Kenny and I have heard some of these stories. The book is exactly what the title says – Sailing, sharks, and smuggling, oh my!!! What more do you need? In fact, I’ve spent time on Sara (in port being refurbished), and as far-flung as some of these stories are, I can vouch they are true.

If you want to see what else I have read, check out my GOODREADS page.  I don’t review the books, but I do rate them.

AND – I’m always happy to recommendations! Bring ’em on!