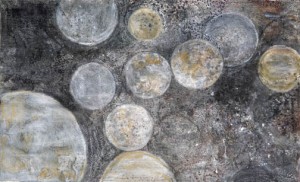 Yes, I am addicted to reading. But this month I read less.  I made myself a challenge to read 40 books this year, and at the end of June I have completed 34. My goal for the remainder of the year is to read no more than one book a week, which is no easy task for me.  Here are the books I read:

EVERYTHING THAT REMAINS by Joshua Fields Milburn – Lately I have been thinking about moving into the next phase of my life – which is giving  up the day job and do what I want to do. So this book was perfect for me. This is the story of two almost 30 year olds making a six figure income and realizing how empty their lives are. They start The Minimalist movement, which is getting traction in many different forms these days. Basically, it is pairing down your THINGS, basically asking the question “How might your life be better if you owned fewer material possessions?” After reading this, I cleaned out my closet and donated seven bags of clothes to charity. I have donated 4 boxes of books. And, I’m just beginning. I just don’t need all these THINGS anymore. I believe this book laid it out for me, something that has been brewing in my brain for a while. I didn’t want to just de-clutter, I wanted to go a step further and simplify! And appreciate what I purchase more. I have adopted the one in – one out philosophy too.

MR. PENUMBRA’S 24-HOUR BOOKSTORE by Robin Sloan – how would you not be drawn to a book about a 24-hour bookstore, especially one located in San Francisco.  Trust me – it is a place you want to go, but you might not want to leave.  It deals with breaking codes of more than 500 years, using computers, and even visits to the Google campus. It was actually named Best Book of the Year by NPR (I don’t know what year though). You have to like books, fantasy and have an imagination – but if you do – you won’t be disappointed.

LIFE AND DEATH ON THE TAMIAMI TRAIL by Sheila Marie Palmer – this was my one guilt pleasure, my only free download of the month. I was drawn to it because I have spent time on the Tamiami Trail. Solving a murder that is 20 years old involves gypsies and a little majic.  It wasn’t great, but it was fun!

AN ARTIST OF THE FLOATING WORLD by Kazuo Ishiguro – a very lyrical and meditative book about an artist living in post war Japan. The “floating world” refers to shifts in patterns. The artist, Ono, is retired. The novel shifts around in time and gives you bits and pieces of what has happened.  It explores the social attitudes of post war Japan, and Ono’s strident believe in an imperial Japan during the war. Delicate is a word I use to describe the writing.  By the way, this author wrote Remains of the Day later.

SHOW YOUR WORK – by Austin Kleon – this is a little gem of a book, easily read in a couple of hours, but one to go back to. There wasn’t that much earth shattering in it to me, it was just refreshing to see someone writing about things I have believed for awhile. Yes, it is fun to show your work all over social media, but it is tedious if that is all you are doing. As I’ve said before, the word “reciprocity” is very important and he illustrates this time and time again.

So, as you can see, it was less books than usual! But, I did paint more, and I did spend time cleaning out some of the excesses of my physical world. In that spirt, I have decided over the next month to read the books I have on hand. I have plenty of them. Some of them are classics, some are art-related – but these are a few stacks of them I’m going to start cleaning out.

Last point – video to recommend – Tim’s Vermeer directed by Teller – a documentary eight years in the making directed by Teller (of Penn and Teller) about an inventory that tries to discover how Vermeer managed to paint so photo-realistically in the 17th century. David Hockney and Martin Mull make appearances. He travels to Delft, Yorkshire, and even Buckingham Palace to see a Vermeer.

Have you seen any documentaries lately?