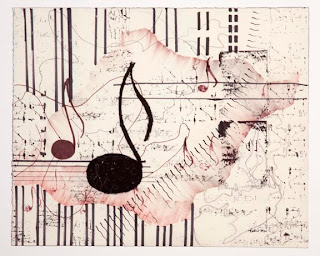 Maybe I should title this piece – “What I Would Have Done Differently” because I learn something every time I show my artwork.

To start with, the Alliance Theatre was presented several artists by Digital Arts Studios – 12 artists were chosen, and 2 will be showing their work one hour prior to the performance opening weekend. I was fortunate enough to be chosen for the season opener which is the world premiere of “Come Fly With Me”, featuring the voice of Sinatra with the choreopgraphy and direction of Twyla Tharpe. This is definitely Broadway Bound!

So, Ian Greathead and I were there an hour before every performance, and stayed until the performance was opening during opening week. The Alliance Theatre got such positive feedback they asked if we wanted to come back. We came back the following weekend, and I will return alone for the closing Friday and Saturday nights.

Let me say upfront, it was great exposure, and I didn’t really expect record sales. After all, people are cominng to the theater, they are not coming to buy art. AND, the Alliance Theatre shares the lobby with the Atlanta Symphony. Where else could you get a better audience of people that might actually BUY art. The feedback has been very good, and I learned people are starting to recognize my work. While I sold some small things (prints and cards), I feel the interest was genuine and people will eventually seek me out again!

What I would have done differently?
1. Have a professional nametag. I’ve been thinking about this for awhile, and I don’t know why I haven’t had one made. When people come to look at the work, you want to be available, but you don’t want to hover too closely. I can’t tell you how many times I was asked if I was the actual artist, and seen the surprise and delight in their face when they realized they were talking to an “actual artist”!
2. When you don’t have control over the lighting, chose dramatic pieces – they will show up better. My artwork has ALOT of detail, so I think those that are interested in my artwork will be very pleased when they see it in proper lighting.
3. Show affordable artwork. You might put up a couple of large expensive pieces to get attention, but I doubt they would sell at a venue where people are going to the theater. However, they will remember them. They are more apt to purchase a piece they can fit in their purse to take home with them.
4. I broke my own rule of showing a complete body of work, and for good reason. I have a series of dresses, and this is what impresseed the Alliance Theatre, so I felt I should include them. Because the production is “Fly Me to the Moon”, I brought my series of moons. Because the symphony was also playing, I put some of my musical pieces facing the symphony, which garnered alot of attention. So, if you have work that fits into the theme of the show, use it. If you have time to create work that is specific to that show, then go for it! Ian did a painting using Sinatra;s hat, his cigar, a bottle of Jack Daniel’s, sitting on top of the music for “Come Fly With Me”. That was perfect and got alot of conversations going for him.
5. Digital Arts Studio supplied the gridwalls and the hangers, and there was a shelf to put our information. Space was limited, so I didn’t bring anything to collect names and addresses. BIG MISTAKE! People that actually asked for my card would probably have given me their email address.

Would I do it again? You betcha!!! This was the inauguration of a new tradition. As theatergoers get more and more used to seeing artwork for sale in the lobby – they might start coming prepared to purchase something!