We can agree these are challenging and changing times. One thing that has changed for me is the way I read. I am a daily reader, usually 8-12 books a month. However, for the months of March and April, I read only 7 books!

For the first time in recent memory, I am putting down more books than I am picking up. Below is what I read, these are not reviews.

WHAT I READ BEFORE THE STAY AT HOME

The Ensemble, A Novel –  by Aja Gabel   This is about a quartet trying to make it in the world of classical music. I found it both interesting and tedious; the descriptions of the music was interesting, the relationships were tedious.

Clock Dance by Anne Tyler   Anne Tyler never disappoints. It is the story of Willa Drake, beginning in 1967 coping with her mother’s disappearance (again).  In 1997 she is a young widow. In her second marriage, she is kind of sleep-walking through her life when she receives a phone call from a stranger prompting her to travel across the country to Baltimore to take care of the daughter of her son’s ex-girlfriend. If you love Anne Tyler – you will love this book

WHAT I READ DURING THE STAY AT HOME

Mary Coin by Marisa Silver   This is based on an iconic work of art,  Migrant Mother by Dorothea Lange. This was a book club selection and I had trouble getting into it. However, after visiting MOMA in New York in March, I saw this photograph in an exhibition devoted to Dorothea Lange. That connection made it more compelling, so I returned to it. However, I was thirsty for the real story and the real women. I picked up a biography about Dorothea Lange, Dorothea Lange, Life Beyond Limits,  (which I have not finished) which I found more satisfying.  Oh yes, I was in New York in March on an annual art trip. I was there when the proverbial shit hit the fan! 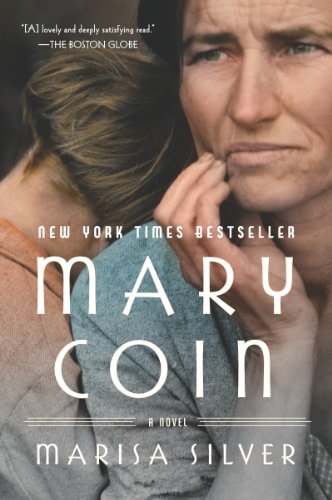 The Secret Garden by Francis Hodgson Burnett   I had never actually read this book, but I knew the story. Even so, the book charmed me and I count it as one of my favorite books now!

Circus Shoes by Noel Streatfeild   After enjoying The Secret Garden, I looked at my own bookshelf. I have two shelves of very old books people have given me over the years – and I found this little gem!  The story is of an orphaned brother and sister. who learn they are going to be sent to separate orphanages. When they learn about  an uncle they have never met, they set out to find him. And, wouldn’t you know it? He is a performer in a circus!!!! What better setting for a childhood adventure! This was published in 1937, and there is an entire series devoted to different shoes; Tennis Shoes, Skating Shoes, Dancing Shoes – the list goes on.

Lewis Carroll’s Alices Adventures in Wonderland illustrated by Yayoi Kusama   This is an all-time favorite book for me. I have to admit, this was a spontaneous purchase while visiting the Kusama exhibit in Atlanta. While the book is fun to read, I found myself missing the old illustrations. It is still a great friend, yes, books are friends. 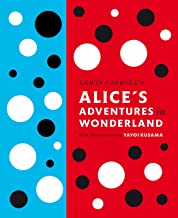 Wacky Chicks: Life Lessons for Fearlessly Inappropriate and Fabulously Eccentric Women by Simon Doonan    I bought this book years ago in New York at the SoHo shop of designer Jonathan Adler.  See, Simon Doonan is his partner. I kept the book (I am not a book hoarder) and have lent it out several times. After seeing Mo Rocca interview the couple on CBS Sunday Morning and hearing a discussion about what does Zoom reveal about reveal about your house, I remembered the book. It was a fun re-read.

Plus, the discussion was of interest to me, because with so many talking heads on television these days, I continually walk up to the television and study what is behind the talking head, especially the books on their shelves.


What are you reading these days? Has this new world changed your reading habits?