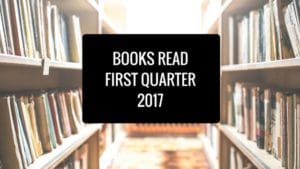 Yes, I have been a little quiet lately. I became the administrator of an on-line book club (currently at 450+ members!), and am active in three other book clubs! Because I didn’t do this blog on a monthly basis, I’m going to keep this short and sweet.

LITTLE HOUSE ON THE PRAIRIE by Laura Ingalls Wilder – I think I’ll read some more!

PETER PAN by J.M. Barrie – this is a very quick and easy read. I don’t know what took me so long to actually read it! 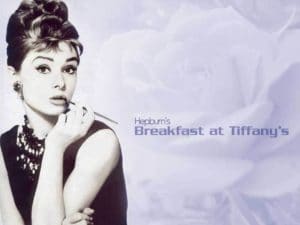 BREAKFAST AT TIFFANY’S by Truman Capote – I decided to read this novella after watching the movie. There are major differences between the two. First of all, the book is set in the 1940’s. And Holly Golightly does not sing Moon River in the novella, instead she the following lyrics.

And, Truman Capote always wanted Marilyn Monroe to play the part. There are many more differences, characters written out, a character added to the movie and the ending very different. Read it and find out!

THE GARDEN OF THE GODS by Gerald Durrell – This is the third book in the Corfu Trilogy. I was inspired to read these books after watching the delightful first season on Masterpiece Theater, The Durrells in Corfu.

THE HANDMAIDS TALE by Margaret Atwood  – I don’t know how I missed reading this all of these years, but reading it now is almost terrifying!

GET RICH LUCKY BITCH – RELEASE YOUR MONEY BLOCKS AND LIVE A FIRST CLASS LIFE by Denise Duffield-Thomas – Do you think the big word of 2017 is “manifest”? . I learned a few things and Denise is down to earth and delightfully raunchy.

THE ART OF EXTREME SELF-CARE – TRANSFORM YOU LIFE ONE MONTH AT A TIME by Cheryl Richardson – this is a pretty small book, and I think I’ll go back and read a chapter a month at a time!

THE CREATIVE HABIT, LEARN IT AND USE IT THE REST OF YOUR LIFE by Twyla Tharp – this is a must read for anyone wanting more creativity in their life.

BIG MAGIC – CREATIVE LIVING BEYOND FEAR by Elizabeth Gilbert – This book had very mixed reviews in the book club. I had read it before, but it resonated more to me this time around.

BLACK MOUNTAIN – AN EXPLORATION IN COMMUNITY by Martin Duberman – Black Mountain College was an experimental school operating from 1933 – 1957 outside of Asheville, N.C.  where the study of art was considered not only important but useful. Some of the people that attended there included Willem De Koonig, Buckminster Fuller, Robert Motherwell, Merce Cunningham to name a few. Einstein even lectured there. Fascinating story, but this is a very scholastic book!

OUTCASTS UNITED – THE STORY OF A REFUGEE SOCCER TEAM THAT CHANGED A TOWN by Warren St. John – This is the feel-good book of the year, and has been optioned for a movie. I’m proud to say this town (Clarkston, Georgia) is two exits from me! I am checking into volunteer opportunities there!

THE PRISONER OF HEAVEN by Carlos Ruiz Zafon – This is the third book in the Cemetery of Forgotten Books trilogy. The first book in the series THE SHADOWS OF THE WIND is one of my favorite books of all time! It did not disappoint!

THE AMERICAN HEIRESS by Daisy Goodwin – I actually found this book on my bookshelf while I was cleaning out. At that time, I was enthralled with Victoria on Masterpiece Theater, which is based on a book by Daisy Goodwin. This is the story of an American heiress going to England to marry into a titled family (this takes place 20 years before Downtown Abby). While it was fun, I like Queen Victoria better!

THE GUERNSEY LITERARY AND POTATO PEEL SOCIETY by Annie Barrows and Mary Ann Schaffer –  This was a reread for a book club – and I enjoyed it more the second time around! This epistolary novel begins in 1946 at the end of World War II and the German occupation of the Channel Islands. I loved these characters and I want to go to Guernsey!

HOUSE RULES by Jodi Picoult  -A teenager with Asperger’s Syndrome is accused of murder. It is a page turner, but it is overly researched, so it gets a little bogged down. As in all her books, there are two sides to every story and nobody is 100% right or 100% wrong.

IT ENDS WITH US by Colleen Hoover – This is an emotionally charged book about the pain of love sometimes dealing with a difficult subject that was extremely personal for the author.

CIRCLING THE SUN by Paula McClain – Historical fiction about the fascinating Beryl Markham – a record setting aviator, who falls in love with Denys Finch Hatton and is friends with Karen Blixen (remember them from Out of Africa?)

MEMORIES OF MY MELANCHOLY WHORES by Gabriel Garcia Marquez – On the eve of the unnamed character’s 90th birthday, he visits a brother and falls in love with a young girl that sleeps through his visits. As beautifully written as it is, and as much as I enjoyed it, it is not for everyone.

PIANO GIRL – A MEMOIR by Robin Meloy Goldsby – This is the story of a girl who makes a living playing the piano in lounges – it is a fun and quick read. I kept wondering if that could have been me – as I played the piano for chorus throughout high school!

THE OTHER EINSTEIN by Marie Benedict – I won this book in a drawing and this is a story about Einstein I didn’t know.  Mileva – Einstein’s first wife, was a brilliant physicist in her own right, whose contribution to the theory of relativity is questioned. There is definitely room for only one genius in this marriage! When their marriage coming apart, Einstein thought they should stay together for the sake of the children, if she would adhere to the following list:

“CONDITIONS
You will make sure:
that my clothes and laundry are kept in good order;
that I will receive my three meals regularly in my room;
that my bedroom and study are kept neat, and especially that my desk is left for my use only.
You will renounce all personal relations with me insofar as they are not completely necessary for social reasons. Specifically, You will forego:
my sitting at home with you;
my going out or travelling with you.
You will obey the following points in your relations with me:
you will not expect any intimacy from me, nor will you reproach me in any way;
you will stop talking to me if I request it;
you will leave my bedroom or study immediately without protest if I request it.
You will undertake not to belittle me in front of our children, either through words or behavior.”

She accepted them, but ultimately left him in Berlin and relocated in Zurich. I realized how little I know about Einstein’s personal life!

That’s it for now! I hope you find something of interest here! Let me know what you think! and what you are reading!