LOOKING BACK ON 2016 THROUGH BOOKS

You think I would be congratulating myself, but I’m not. Sometimes I think I need a 12-Step program for book addicts (I actually googled it to see if one existed!)  Looking back on 2016, I think reading was the one thing I focused on throughout the year. It was a year of transition, a year of changes. After having a job for 27 years, my office closed at the end of 2015. I thought, whoopee! early retirement! But, life gets in the way. By the GRACE OF GOD, not having a job to go to every day gave me the time to take care of my mother. I became her caregiver and eventually moved her into memory care in April. While that wasn’t the end of it, it has become manageable. I still can’t have a full-time job in the regular sense, but I do have more time to pursue what I want to do. So, 2017 is going to be my year!

To make sense of 2016, I decided to look through the books I read and see if there was any distinct pattern to my choices. There is, and there isn’t. So – I decided to categorize them. The following saying should be my motto!

FAVORITE BOOK OF THE YEAR: ALL THE LIGHT WE CANNOT SEE by Anthony Doerr – while brutal, it was also magical.

MOST INSPIRING: THE BOYS IN THE BOAT, NINE AMERICANS AND THEIR EPIC QUEST FOR THE GOLD AT THE 1936 BERLIN OLYMPICS by Daniel James Brown – this is going to be a great movie! 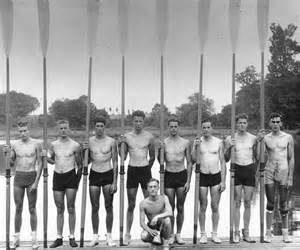 BOOK I SHOULD HAVE REREAD BEFORE NOW: ANNE FRANK: THE DIARY OF A YOUNG GIRL by Anne Frank with forward by Eleanor Roosevelt – I finished this on Christmas morning. Everyone should reread this as an adult.

I also found three Nancy Drew books of mine at my mother’s house and reread them all. I thoroughly enjoyed them! 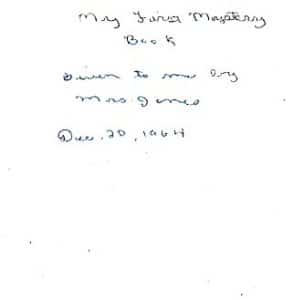 I found this inscription inside THE BUNGALOW MYSTERY. Mrs. Jones was my Girl Scout leader, I was 9 years old. Reading has always been a part of my life apparently.

Also, one thing I said I was going to do since I wasn’t working 9a-5p was join a book club. I joined three that I go to (one meets every other month).  Here are some books I really liked that I might not have read had it not been for a book club.

EVERYTHING I NEVER TOLD YOU by Celeste Ng – I was hooked on the first line “Lydia is dead. But they don’t know this yet.”

NECESSARY LIES by Diane Chamberlain – I learned about the dark “secret” of Eugenics.

A THOUSAND NAKED STRANGERS: A PARAMEDIC’S WILD RIDE TO THE EDGE AND BACK by Kevin Hazzard – This was a fun book written about a paramedic in Atlanta.

LEAVING TIME by Jodi Picoult – this has one of the most surprising endings I have EVER READ. And I fell in love with the culture elephants keep.

THE TEMPEST TALES by Walter Moseley – another book with moral implications with the struggle  between Tempest Landrey, St. Peter and the devil.

THE HUNGRY TIDE by Amitav Ghosh introduced me to the Sundarbans off the coast of India and Bangladesh.

TERRA INCOGNITA: TRAVELS IN ANTARTICA by Sara Wheeler  taught me a lot, and made me want to learn more! I watched a couple of documentaries about Antartica as a result of reading this.

I realized my “go to” books tend to be mysteries. The creepiest book was BEHIND CLOSED DOORS by B.A. Paris. I received a free copy of this book through a drawing. A few days after getting the book, I received a letter form a character in the book asking for help. I also received a postcard from a character from New Zealand, which didn’t make sense until I read the book. It is one of the best marketing campaigns I’ve ever seen. 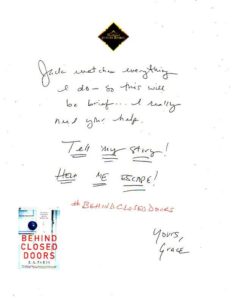 One of the most delightful finds was a book based on the Masterpiece Theater’s production of THE DURRELLS OF CORFU.  This is loosely based on the book MY FAMILY AND OTHER ANIMALS by Gerald Durrell.  I was happy to find this is the first of a trilogy that I will finish in 2017.

I had never read ANNE OF GREEN GABLES by L.H. Montgomery, which is another book I found cleaning out my mom’s house. I went on to read three books in the series.

I am in an alzheimers support group, so I put together a reading list for them. You can see that list here.

I read 4 books about making vision boards – and I’m putting together workshops to do just that.

And, there are several books I just didn’t remember – I had to look them up on Amazon to refresh my memory (there were 8).

I’m going to read some classics – and top of the list is THE ODYSSEY – which I have somehow never read. I am going to strive to not have non-memorable books in the mix. I want to read deeper. AND – I’m going to try to read only 1/2 hour in the morning, and not read prior to 7P in the evenings M-F.

I’d love to hear about other people’s journey with books. Here is my mom and her grandchildren and great-grandchildren. 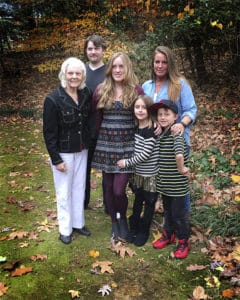