This year, 2012, marks one hundred years since Georges Braque and Pablo Picasso made their first collages, introducing this medium into the world of Fine Art. But, what is collage?  from the French word, coller, meaning to glue.  The Webster dictionary defines collage as “an artistic composition made of various materials (as paper, cloth, or wood) glued onto a surface.”

Actually, collage dates back to the time of the invention of paper in China, around 200 BC.  Caligraphers began using it in 10th century Japan to apply paper when writing poems. Collage appears in medieval Europe when gold leaf panels were applied to Gothic catherdrals, and gemstones were applied to religious icons, images and coats of arms. But, after that, it was used primarily by hobbyists for things such as photo albums and books. However, most art authorities agree that artists began using collage as a technique with the advent of modernism.  By adding glued on patches of paper, Braque and Picasso added a new perspective to their paintings when these patches became  integrated into the painting. This gave artists a new found freedom of expression, allowing them unfound freedoms to experiment by adding new elements within the frame they were working with. Braque started the concept of collage by applying it to charcoal drawings, and Picasso possibly used it first in paintings.   Braque began by purchasing  a roll of simulated oak-grain wallpaper and began by cutting out pieces and applying them to the drawings. 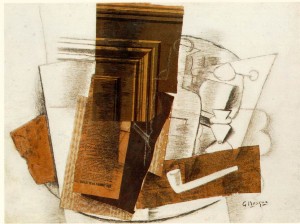 Next, Picasso embedded an piece of oil cloth with a chair-cane design onto a painting, and the world of art was off and running 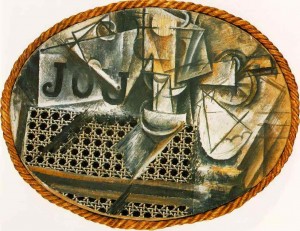 Artists began added newspaper, colored paper, cloth, basically anything that caught their attention.   They began added things such as sand and coffee to their paint to create texture.  Many artists even cut of pieces of their work they weren’t happy with and applying using these in new art.

So, when Braque and Picasso began gluing paper on their paintings, they opened a whole new art world to anybody that wants to experiment!

To celebrate, the following events are coming up in Atlanta

The Marilyn Project – The Atlanta Collage Society will put together an 8’x8′ collage consisting of 841 pieces on 9/13 at MODA, sponsored by The Art Partners with the High Museum of Art. click HERE for details. 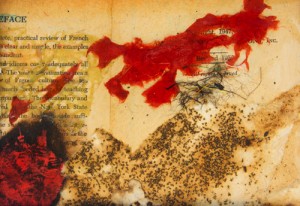 One thought on “CELEBRATE 100 YEARS OF COLLAGE”