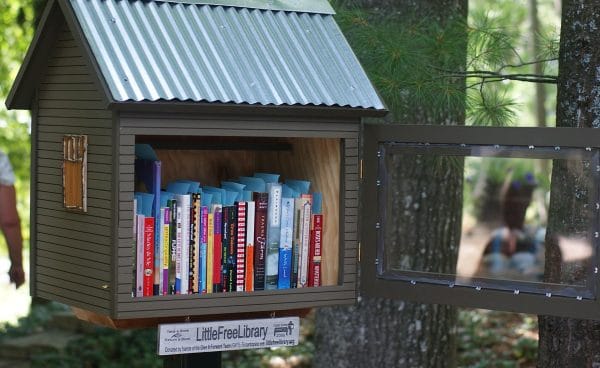 WOW, It has been a wild ride of a year! I haven’t blogged in three months – a record for me. But now – I’m back! This is a recap of my reading in the past three months – I recorded 62 books read in the year 2015.

EVENTIDE by Kent Haruf – This is the sequel to Plainsong, a book I read as part of my quest to read a book by an author from each state (you can read about it here). The book continues the story of several characters as well as introducing new ones. There is a third book in this series that I will be reading in 2016 – need I say more? I recommend this series.

BETWEEN, GEORGIA by Joshilyn Jackson – Between is an actual town in Georgia, situated between Atlanta and Athens (where the University of Georgia is located). Being a native Georgian, I saw this book and thought it would be fun to read a story set in a town I travelled through multiple times. It is a whacky story of Nonny, who is caught between her adoptive family  with her biological family. Quick, funny read.

BIG MAGIC, CREATIVE LIVING BEYOND FEAR by Elizabeth Gilbert – In short, this book offers magical advice. She talks about how ideas manifest in you and if you don’t act on them, they might move on to someone else. The book is divided into six sections: Courage, Enchantment, Permission, Persistence, Trust and Divinity. I will refer back to this book over time.

THE LITTLE FREE LIBRARY BOOK by Margaret Aldrich – I’m getting a little free library of my own and this came with the paperwork. If you don’t know what I”m talking about, it is a “movement” that started in 2009 and has spread about the globe totaling more than 32,000! In short, The Little Free Library uses the motto “take a book, return a book”. I will have one in my front yard by early spring. I want to decorate it with miniature book covers of my ten favorite books (to be determined). Here is an over-the-top library located in Atlanta incorporating a historic movie theater. 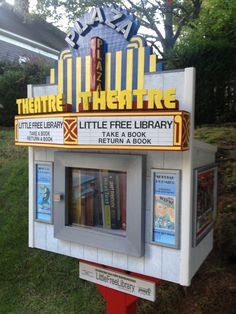 EIGHT KEYS by Suzanne LaFleur – I just happened to pick up this little magical book at the library. It follows Elise and her best friend Franklin at age 12. Elise is living with her uncle and aunt after the death of her parents. Her father left her 8 keys that begin turning up, unlocking the doors to rooms on the second floor of the barn. It is a book about self-discovery and love. It is a lovely book, especially for young girls.

THE DAYS OF ANNA MADRIGAL by Armistead Maupin – This is the latest installment of the Tales of the City series, which was begun in 1978 as a newspaper series.. Anna is the transgender landlady of 28 Barbary Lane. I’ve loved these characters for years. But I suggest starting with the first book if you are interested. BTW, Anna Madrigal is an anagram for “a man and a girl”.

STORIES FROM SEPARATION TEXAS by john J Asher – This is a series of short stories set in West Texas, beginning in 1866 and continuing through the present day. The stories are gritty and raw. Overall, this was a good read, some of the stories much better than others. 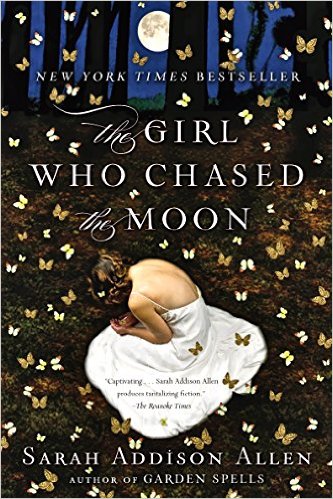 THE GIRL WHO CHASED THE MOON by Sarah Addison Allen – A magical little book with a hint of a fairy tale. Set in Mullaby, North Carolina, it follows Emily moving in with her giant of a grandfather she never knew after her mothers dies.

“How tall is he?” she asked, her voice hushed, as if he might hear.
“Tall enough to see into tomorrow.”

Her room has wallpaper that changes with the moods, there are lights dancing in the back yard (are they ghosts), and a woman who puts hope in the cakes she bakes.  A story of love, redemption, things lost and found, and reunion.

THE DIRTY PARTS OF THE BIBLE by Sam Torode – Don’t be put of by the title of the book. It is basically a coming of age story set it the Depression era, with life riding on trains, living with hobos and finding your own truth. Check and see if it is still free on Amazon!

A WRINKLE IN TIME by Madeleine L’Engle – I can’t believe I waited so long to read this little gem of a book – which was a winner of the Newbery Medal in 1963. Meg and her bother Charles Wallace, along with Calvin (the most popular boy in school) travel through time and space to find Meg’s father. I will definitely read the rest of the books in the series 2016.

A SPOOL OF BLUE THREAD by Anne Tyler – Oh Anne, how I have missed you! This tells the three-generational story of the Whiteshank family, set in Anne Tyler’s beloved Baltimore. I enjoyed getting to know these characters and I missed them when I was finished with the book. Makes me want to revisit other books by Anne Tyler.

JUST KIDS by Patti Smith – This was a reread. I went to an “interview” of Patti Smith as she was promoting her new book M TRAIN, which we all received a copy of. I decided to go back and reread this book before reading M Train. I enjoyed it more the second time around, which I didn’t think was possible. It tells a great story and it is so well written you want to stop and reread the passages just for the beauty of the words. I can’t wait to read M Train!

For 2016, I chose MINDFULNESS to be my word of the year. How will that relate to my reading? I’m going to choose my books more carefully.  I will continue on my quest to read a book by an author from every state – I may even get through it this year! But, I’ve seen a 2016 reading challenge for 12 books to read – which I’m going to loosely follow.  They include:

9 thoughts on “END OF THE YEAR BOOKS”