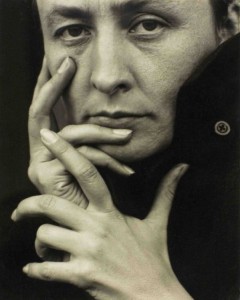 When Georgia O’Keeffe died at the age of 98, she owned more than half of her own work. Welcome to the land of sun bleached bones and close ups of sensual flowers.

“I hate flowers. I paint them because they’re cheaper than models and they don’t move.”

Her life was long and complicated (but apparently she had a sense of humor).

Her work was shown in New York by Alfred Steiglitz at the Gallery 291 for the first time in 1916. He sent his friend Paul Strand to Texas to persuade her to move to New York and paint full time. He continued to exhibt her work annually until his death in 1946, giving her her first solo show in 1917 (at the age of 20). 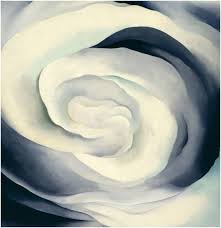 Shortly after moving to New York, Steiglitz and O’Keeffe began living together. He left his wife of 25 years (he being 23 years older than her).  They married shortly after his divorce was final.  By the time Steiglitz retired from photography in 1937, he had taken an estimated 500 portraits of her. 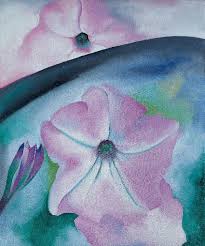 She had her first retrospective at the Brooklyn Museum in 1927 at the age of 30.

In 1946, she was the first woman to have a retrospective at the  Museum of Modern Art .

When Steiglitz died in 1946, she left New York forever in 1949, relocating to New Mexico. 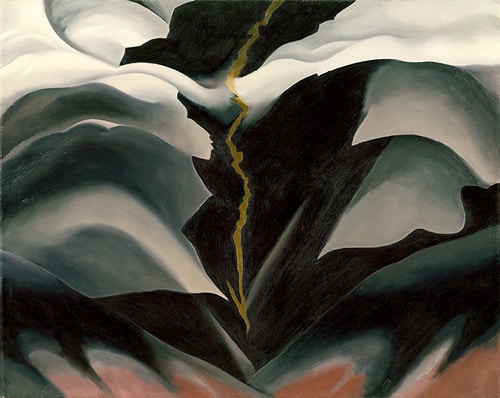 She had a retrospective at the Whitney Museum of Art in 1970.

She was awarded the Presidential Medal of Freedom in 1977 and the National Medal of Arts in 1985. 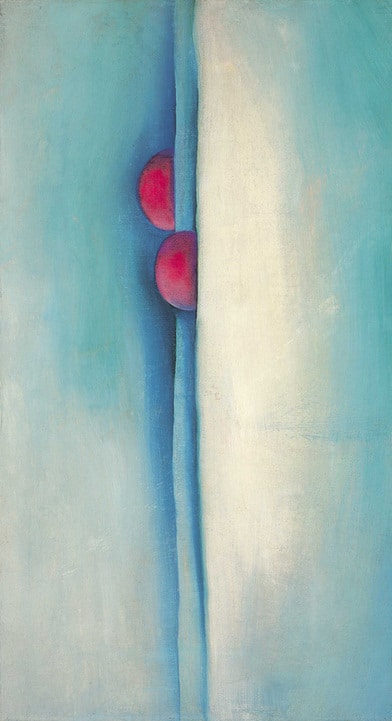 In 1996, the United States Postal Service issued a 32 cent stamp honoring her. 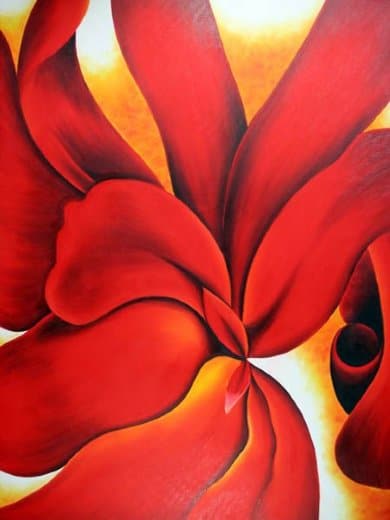 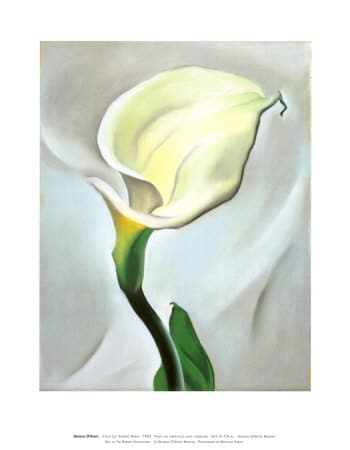 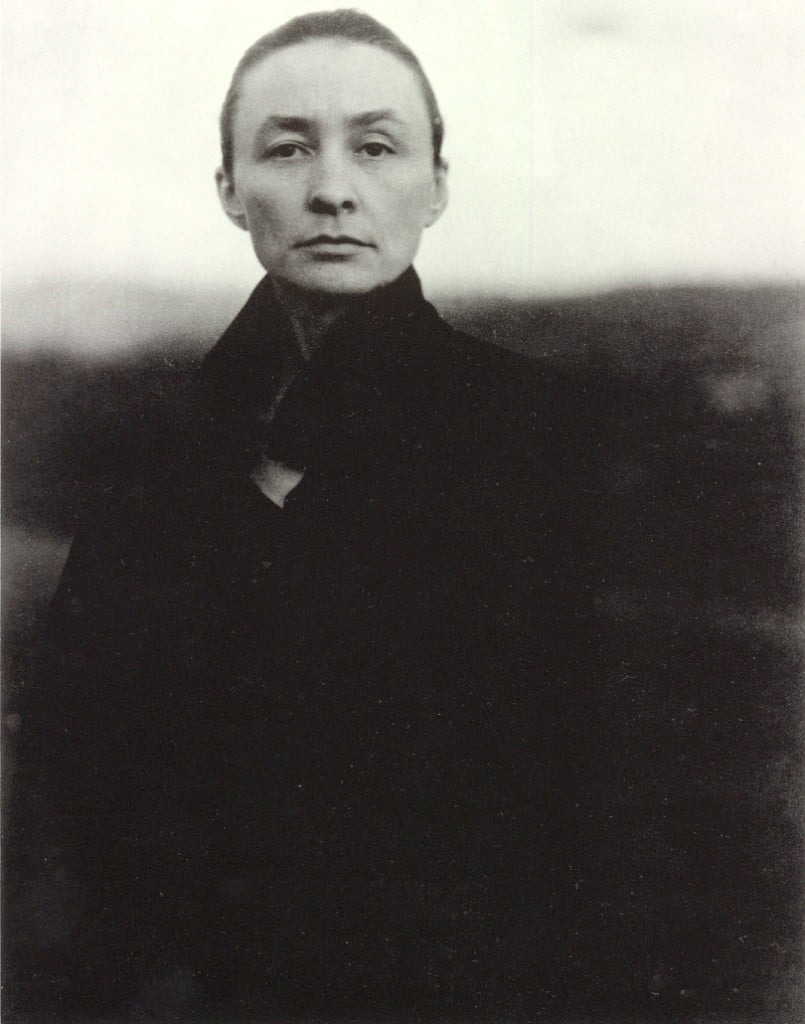 “I found I could say things with colors and shapes that I couldn’t say any other way – things I had no words for.”

Oh, and let’s not forget in 2006 a fossil found in New Mexico was named after her. Effigia Okeeffeae, or O’Keeffe’s Ghost.

If you want to know more – visit the Georgia O’Keeffe Museum.

There are several good biographies about her, even a Lifetime movie was produced, starring Joan Allen and Jeremy Irons – the movie is available on Netflix.

What are your favorite images by her?

3 thoughts on “GEORGIA ON MY MIND”