Yep, you read that right! You have permission to fail fabulously!

“We dream to give ourselves hope. To stop dreaming – – well, that’s like saying you can never change your fate.” Amy Tan

Don’t think of failure as proof we are just not up to the task. Look at failure as an opportunity to learn and move forward. That is how we grow, and failures will only stop you if you let them.

Failures are better than having regrets, Never say never. If you are afraid you will fail, start with small goals – but keep them challenging. You can make small goals that will lead you to the ultimate goal.

Being wrong can bring about unexpected discoveries. Most artists have had “happy discoveries” when things didn’t go right. Relish the uncertainty of not knowing how things are going to turn out.

There are some very famous “failures” that I believe are inspiring.

Einstein did not speak until he was four and could not read until he was seven. He was the only person in his graduating class that couldn’t get a teaching profession.

After Fred Astaire had a screen test, the casting director wrote “Can’t act. Can’t Sing. Slightly bald. Not handsome. Can dance a little.” He kept that note his entire life to remind him to never quit trying.


R.H. Macy started seven businesses that failed before he hit on Macy’s.

Walt Disney was fired by a newspaper editor who said he lacked imagination and had no good ideas.

Thomas Edison was fired from his first two jobs because he wasn’t considered productive. He also made over 1,000 attempts before he got the light bulb right. Do you think if he had given up at the 10th attempt, we’d be sitting by candlelight now?

Abraham Lincoln went to war a captain and returned a private. He was also defeated over 20 times before he won an office.

Jerry Seinfeld was booed off stage the first time.

Sir James Dyson has said he had 5126 failures before he got the Dyson vacuum cleaner right.

Jack Canfield was rejected 44 times before Chicken Soup for the Soul was published. That published told him he’d be luck to sell 20,000 copies. It told 1.5 million in the first 18 months. Click here for a list of all of the ones in publication now.

Michael Jordan was cut from his high school varsity team his sophomore year.

“I have missed more than 9,000 shots in my career. I have lost almost 300 games. On 26 occasions I have been entrusted to take the game winning shot, and I missed. I have failed over and over again in my life. That is why I succeed.”

Elizabeth Blackwell was rejected by 29 medical schools before one accepted her by mistake. She was the first women to receive a medical degree in the U.S. (1849)

“I can accept failure, everyone fails at something. But I can’t accept not trying.” Michael Jordan

“The only real failure in life is not to be true to the best one knows.” Buddha

“A person who never made a mistake never tried anything new.” Albert Einstein

And, maybe the most famous failure in the world: 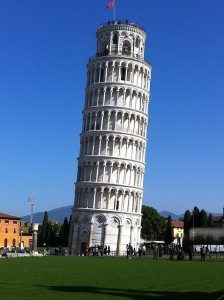 3 thoughts on “DARE TO FAIL”